Note the language overall release/absorbing of energy. All chemical reactions both absorb energy to break reactants and release energy when forming products. The difference between exothermic and endothermic reactions is the amounts in those two steps: exothermic releases more, endothermic absorbs more.


It's easiest to think of this in terms of bond breaking and making:


The standard enthalpy of reaction is a very general term. Youll normally use a specific version of it for the type of reaction being studied:
Notice how they all contain one mole and standard conditions? These definitions are consistent so we can easily compare other data. We know if we look in a data book for some values to use in calculation that the values are for doing a reaction with the same amount of substance (one mole) at the same set of conditions (100 kPa, 1M concentration and almost always 298 K).


Using the enthalpy of combustion:

Using the enthalpy of formation:

Dont get these equations mixed up! The order of products and reactants in each equation is very important and will be looked at more in the next two lessons. 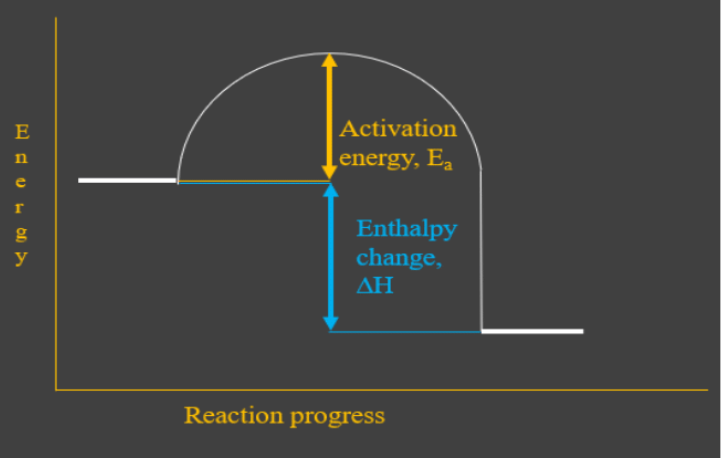 The diagram above is different to those at the top of the page as it includes the activation energy of the reaction.