While many of the retro games of yesteryear have become relics of time which revered and respected but not really played that much these days, there are some that are still being innovated and attracting a player base. One of those is Tetris, a puzzle game by a Russian developer that took the world by storm. No gaming experience back in the late 80’s to most of the 90’s was complete without having played Tetris at some length.

As a game, Tetris is quite simple as a puzzle game that has players rotate and put down blocks of different shapes in a relatively orderly matter to complete rows to wipe them out and continue to play. If the screen gets filled, that’s just game over. You may also select a higher level of difficulty and speed if you wish to be challenged. While it is a game that you can get good at, and some gamers have, it is not exactly a game that you can beat outright.

For one thing, Tetris was designed to be an endless game. The mechanic of having no ending in a video game has since become in vogue again (thanks to the advent of independent game development) which has given birth to modern day classics such as Canabalt and Temple Run. Both endless runners that have inspired more of its kind. As good as they may be, nothing can beat the original endless puzzle game that is Tetris.

There have been plenty of attempts to revamp Tetris to make it more engaging and exciting in the current era, including multiplayer versions like Tetris Battle that have become successful, while there have been less-than-stellar attempts like Tetris Ultimate for the Xbox One that was marred with performance issues on launch. How can anyone make Tetris lag and slow down like the developers of Tetris Ultimate did with their product? 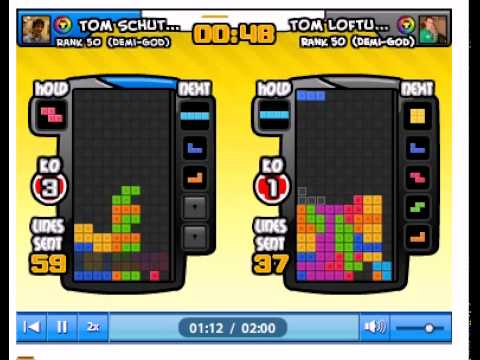 This sustained popularity is mostly due to its timeless visuals and game design, which has endured over 30 years and is still alive and well today. It is also fairly easy to learn, so much that even older people who may not be that tech-savvy have been hooked by its simple gameplay and fascinating mechanics.

To think that it was created by some Russian dude in a computer laboratory working for the Soviet Union in the thick of the Cold War, its existence is still quite amazing.

So why is it impossible to beat?

As far as playing it perfect, it is nearly impossible to do so even when a high level of skill is involved due to the nature of the gameplay and the increasing mathematical improbability of sustaining a game the longer you play.

You only have 7 basic types of blocks to work with and a near infinite number of patterns and scenarios to deal with, which means that you will have to put that odd looking block onto that gap that it doesn’t fit in soon enough.

Despite this rather sadistic way of hooking players in, Tetris is also quite relaxing as it is mind-stimulating. That lends to its longevity as a game that somehow refuses to die.