In this lesson, we will learn how to make use of the double-angle identities, a.k.a. double-angle formulas to find the sine and cosine of a double angle. It's hard to simplify complex trigonometric functions without these formulas.

Identities in math shows us equations that are always true. There are many trigonometric identities (Download the Trigonometry identities chart here ), but today we will be focusing on double angle identities, which are named due to the fact that they involve trig functions of double angles such as sinθ, cos2θ, and tan2θ. It's hard to simplify complex trigonometric functions without these formulas.

In a way, sine and tangent double angles are very easy because there's only one formula for them. Cosine 2θ is actually the tricky one because when you see a question, you don't know whether to use the first, the second or the third expression. But don't worry too much because since you have three versions of cosine to choose from, you'll actually be able to make your choice based on what info the problem makes available to you and which one looks the easiest to apply.

For now, let's take a look at some double angle identities examples. Using the above trig identities cheat sheet, we can go through this trigonometric identities tutorial:

You can, however, find this pattern in double angle identities for sine. The sine double angle identity has a number followed by sine, then cosine. Now we know we want to use this formula for this particular question. We have to modify the formula we are given to something we want.

For both formulas we have a sine, cosine, which is nice. But the number in front is of our problems is 14, whereas in the double angle identity, the number in front is 2. What should be our next step? Multiply the whole expression by 7. That will give us 7(sin2θ). Multiplying this into the right side of the equation, we will get:

We are now one step closer to solving the problem. The next thing we have to do to replace theta by 6x. 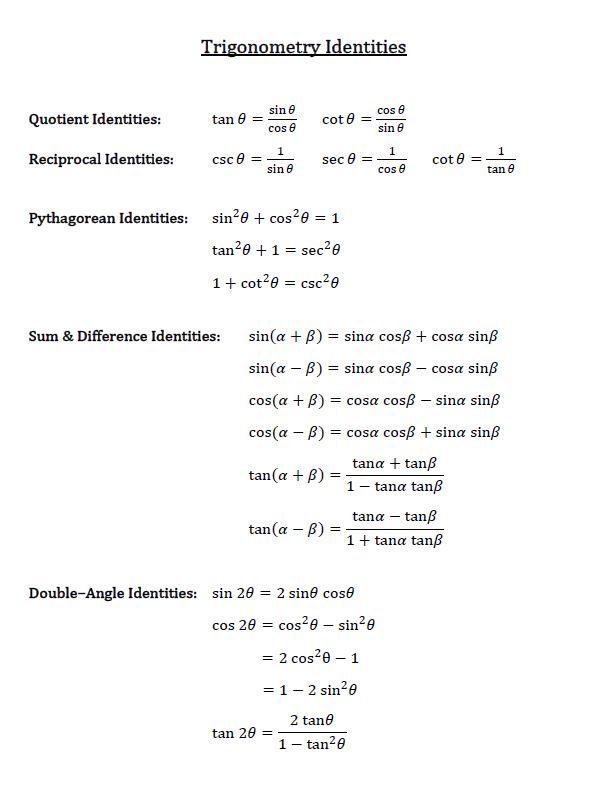