We can use these to predict the shape of molecules by considering the number of valence (outer shell) electrons the central atom has around it. This can determine both the shape and bond angles around the central atom. This method is known as Valence Shell Electron Pair Repulsion (VSEPR) theory. 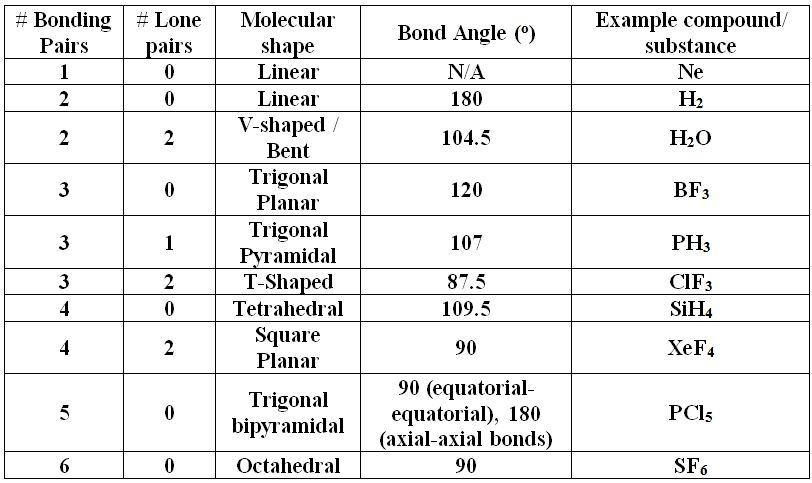